Written by Dr. George Papanicolaou, DO
ADHD and Negative Self-Talk 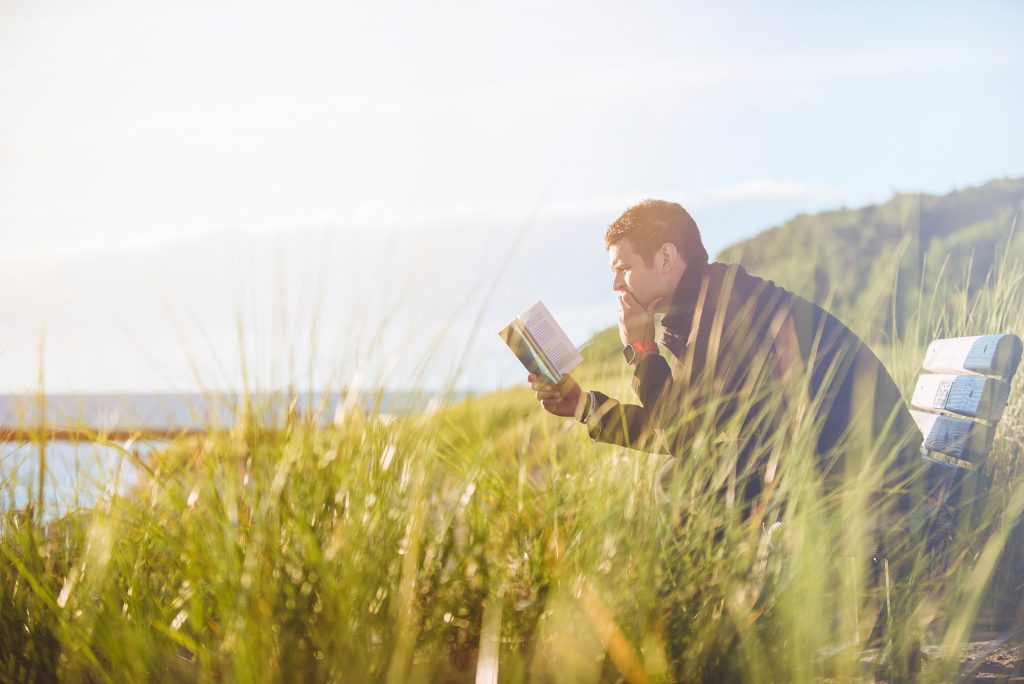 Last year, I suffered a traumatic brain injury. It wasn’t a typical dramatic accident that led to it, I simply hit my head while I was working out and later realized it was much worse than I thought.

The following months were full of difficult symptoms and overwhelming setbacks, including lots of stress, anxiety, and fear that I hadn’t recognized in myself before the injury. I began seeing that I had lots of internal fears and negative self-talk. I also began to notice feeling more anxious in social situations and felt like I didn’t have the ability to carry out the things I wanted to, the focus and organization I needed just weren’t there.

Now, as I look back on that time, I realize that my brain injury emphasized some of the struggles I had already been facing before I hit my head, especially ADHD and self-negativity. I actually realized these two issues went hand-in-hand.

I’d have a great idea, but I didn’t have the capacity to make a plan, initiate it, and see it through. Sometimes I could enlist other people to help, but overall, I just couldn’t get things done to the degree I wanted on my own, and this led to a lot of unfinished things throughout different areas of my life. This was extremely frustrating and disappointing, and those feelings became part of my norm. That is when the negative self-talk really crept in. These things only got worse after my injury.

The truth is though, I had already injured my brain before I ever hit my head, because negative self-talk has a lot of harmful impacts on the brain. Negative self-talk actually decreases brain-derived neurotrophic factor (BDNF) a protein that keeps brain cells strong and thriving. When you are saying terrible things to yourself and letting a poor mindset take over, you actually impair the cognitive functions of your brain and increase inflammation. Your ability to focus also decreases with negative self-talk, so you can see how this can become a vicious cycle specifically with ADHD. It also inhibits your ability to reason, problem solve, and keep a stable mood. I was already in this cycle, the brain injury just made me really aware of it.

I decided to start getting some help. I started meeting with an ADHD coach, and the coach did two things immediately. First, she talked to me about my values and used them as my motivation to create routine in my life. Then, she recognized that I needed to stop the negative self-talk, so she immediately gave me this instruction that when I heard any negative self-talk, to begin a sentence with my name, and then a positive affirmation.

I began to focus on creating these routines in my life. Just recently, I woke up one morning and the monkey chatter was so percussive my brain hurt. I knew I was about to begin a cascade of negativity without rescue, that could last days to weeks, keeping me from meaningful engagement, creativity, and productivity. Then, I heard an inner voice, “George, stop it.” At that moment I decided it was time to fight back and I heard myself say, “You know George, you are wonderfully made by the hand of God who is pleased with who you are.” And I will tell you this: by the end of that sentence, it was as though the light switch was turned on—the darkness was gone, my mood lifted, and I was joyful.

What has even had a greater impact on brain function, negativity, and productivity has been starting a meditation practice. I read a book, Stress Less, Accomplish More, by Emily Fletcher. She has developed a meditation technique called Ziva that is distinguished by its accessible simplicity, brevity, and effectiveness for getting you into “flow state”—that state of heightened awareness, peace, poise, and creativity. The benefits of meditation go beyond the highly productive flow state. Meditation improves brain health by enhancing neuroplasticity, decreasing the stress hormone cortisol, muting pro inflammatory cytokines, and improving memory. It also clears the mind of negative thinking and makes way for you to manifest positive thoughts and actions. Since starting my meditation practice 6 weeks ago, my negative self-talk is essentially nonexistent, my energy levels are at pre-injury level, and my brain fog is gone. If you do not have a meditation practice, I would recommend you start and make it regular part healthy living routine.

A Blessing in Disguise

My brain injury was random. It did not come with a note of explanation, a user’s guide for how to rewire your brain or a “handle with care” label to affix to my forehead. Every dark moment seemed to be connected to an infinite number of other dark moments marching to the end of time. Worse yet, each moment seemed entangled in a residue of struggles somehow dredged up from my past. It was dark and lonely time, but soldiering on that way was not an option.

My journey to healing started with prayer and those prayers were answered as God does, in expected ways like a loving wife and family and unexpected ways like a coach and a random book. The common denominator was graceful affirmation and compassion. There is no better gift you can give to a broken brain to start the healing than to let it know that everything is going okay, even if it was going to be a different kind of okay than expected.

It’s interesting, I always thought that I was a compassionate, empathetic doctor. I think that was the hallmark of how I treated my patients, to have a relationship with them and show them I cared. And I think I did. But now I do that on a whole different level. There is a level of compassion and empathy that I just didn’t have to give because I didn’t have it for myself. Physical loss of control is one thing, and I’m sure it can be very dramatic, but when it’s your brain, and you can’t do anything about it, it’s a vulnerability that never leaves you. I take that vulnerability into my relationships with my patients in a deeper way now.

I’m thrilled to share that while my traumatic brain injury was an extremely frustrating period of time, I’ve been able to heal. Noticing the roles of ADHD and negative self-talk in my life prior to and during that time provided me with a major paradigm shift that has changed all areas of my life for the better, and I’m grateful to have gotten such valuable insight from that difficult situation. I hope my story can inspire you to look at the way you talk to yourself and make some positive changes for the health of your mind and body.