Written by Dr. George Papanicolaou, DO
Why is my teenager so tired?: A personal story

Why is my teenager so tired?: A personal story 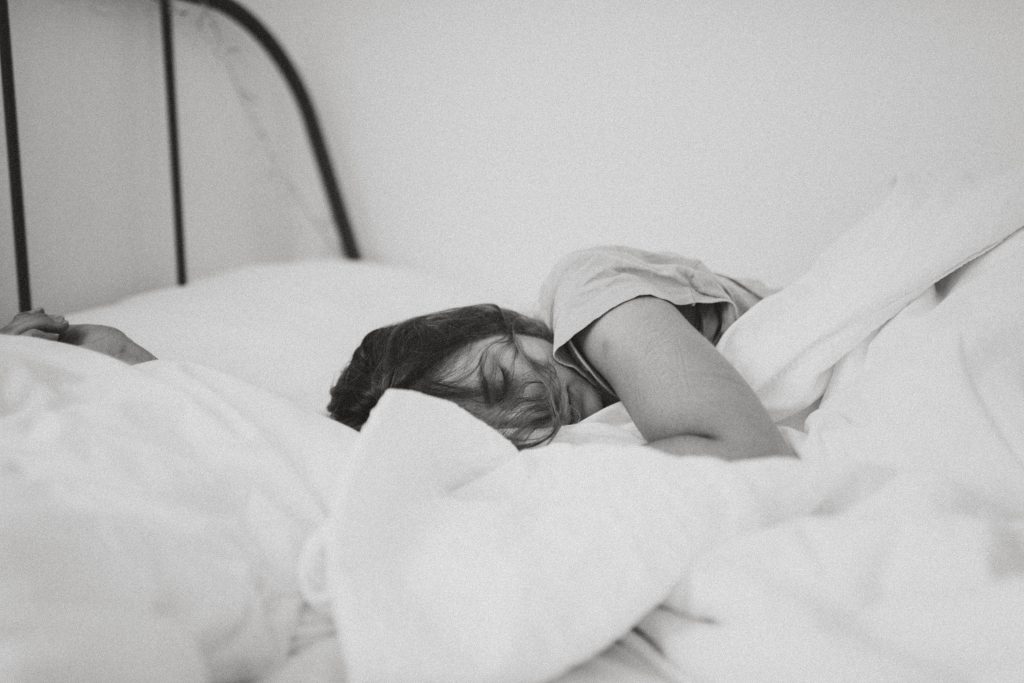 My 14 year old daughter Isabel brings up the rear behind two older brothers, who are 19 and 22. This isn’t my first adolescent rodeo. The boys took my wife and I to the brink of sanity but we survived and recovered just in time for another adolescent siege. When getting Isabel out of bed in the morning started to feel like performing a resurrection, it harkened back to our experience with the boys, so we didn’t make too much out of it. Besides, she was a spirited girl with a passion for life and could marshall energy for all of her activities, which included school and club soccer, theater, church youth group, sleepovers, etc. Then she started taking naps after school. Dead to the world naps that would last through dinner. She would wake up, eat something, and make her best effort at homework before falling asleep for the night.

My wife and I kept rehearsing our rationalizations. She learns differently than her brothers and is expending huge amounts of energy during the school day. She just started her cycle. She doesn’t eat great. She just had a soccer tournament. She had a sleepover. Then about a month ago she went for her annual well visit with her pediatrician, who has taken care of Isabel most of her life. My wife returned from the visit dismayed. When she had mentioned Isabel’s extreme fatigue, the pediatrician offered us the same rationalizations that we had determined were shrouding our objectivity. I was appalled at the pediatrician’s laissez faire approach. I decided to take matters into my own Functional Medicine hands.

I decided to run a number of tests on her for everything I could think of that might be the culprit behind her fatigue. When Isabel returned from the lab she feigned collapse from exsanguination. “How many tests did you order, Dad?” “Enough to figure out what is making you so tired, and I am sorry it took me so long check into this,” was my chagrined response.

The results were startling. Iron deficiency anemia. Antibodies to gluten, egg, milk, casein, whey, soy, corn, oat, and wheat. Hypothyroid. When I saw that her thyroid was underactive I freaked out. That meant there was a good chance her immune system (triggered by gluten) was making antibodies against her thyroid. Fortunately, further testing revealed that this was not the case. Additional testing for Lyme, and screening test for mold, heavy metals, and celiac disease were negative.

So what has this Functional Medicine parent uncovered in his little girl?

It really made sense in retrospect. Isabel was a “picky eater”—she avoided or limited certain foods, including ones she liked like ice cream and pizza. She frequently complained of belly aches. Often, after meals, she spent prolonged periods in the bathroom, which incited her brothers’ wrath as they assumed she was avoiding clean up. She had difficulty concentrating and sustaining focus. She was moody and irritable. As I explained the results to Isabel and the connection to how she was experiencing life, she was relieved. She was also excited at the prospect of experiencing life in absence of these annoying and uncontrollable symptoms.

In Functional Medicine you always start in the gut. In Isabel’s case her constant exposure to gluten resulted in two things. First, a breakdown in the function of the gates that control what can get into the body from her gut. That is known as “leaky gut.”

Second, because of “leaky gut,” her immune system was under attack from proteins it would usually not see, resulting in inflammation and antibodies being produced against commonly eaten foods. Gluten can also trick the immune system into making antibodies against self tissues like the thyroid. These antibodies inflame the thyroid, causing it to be underactive.

This can all be reversed.

To restore gut integrity and improve thyroid function I employed the classic “4 R” program. The Remove phase removes harmful foods from the diet. The Reinoculate phase restores healthy gut flora, necessary for T3 conversions, with probiotics. The Replace phase supports healthy digestive function by adding digestive enzymes until the GI tract is running well on its own. Lastly, the Repair phase includes the use of specific herbs and nutrients to reduce gastric inflammation and regenerate the intestinal walls. When all this has happened, nutrients like iron will be absorbed supplying the body with everything it needs to make energy. In the end, Isabel will be restored to her healthy active self.

The conventional approach to fatigue is to do nothing until more symptoms appear. The problem is that when you are told that extreme fatigue is normal, a child like Isabel will just assume that her experience is part of life and learn to live with it and adapt. All the while, inside her body, malicious events are conspiring to create irreversible damage. Though science has not figured out all of the details, there is ample evidence that gluten is a potentiator of inflammation and autoimmunity. Suppose Isabel passes through her high school years then off to college with nothing that makes her sick enough to raise the suspicion of her doctor. She stops mentioning her fatigue and other symptoms because she has grown accustomed to this as “normal.” Eventually, though, it is quite possible that she could develop full blown hypothyroidism, due to Hashimoto’s thyroiditis. There is evidence that autoimmunity plays a role in other diseases like fibromyalgia, lupus, diabetes, and Alzheimer’s or dementia. It happens all too often that not until symptoms of these end-stage diseases propagate, are the right questions asked and tests ordered. Treatment then focuses on the disease, not the root cause.

So how can I know if my teen’s symptoms aren’t normal?

As a Functional Medicine doctor and as a dad, here’s what I suggest you do if you’re unsure whether your pediatrician is ignoring symptoms in your child that concern you:

If you have had to follow your instincts and advocate for child, I would love to hear your story.