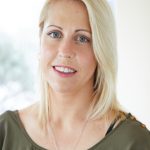 Coffee has long since been regarded as a relative pariah in the health and nutrition world. Newer research, however, suggests that your morning Americano may have some hidden health benefits.

Traditional roasted coffee has over 1,000 bioactive compounds, many of which contain therapeutic antioxidant, anti-inflammatory, anti-fibrotic, and anti-carcinogenic effects. In fact, most Americans get more antioxidants from coffee than any other dietary source. It has also been found that an individual’s genotype and gut microbiome determine the bioavailability and type of coffee metabolites the body is able to use which include caffeine, chlorogenic acids, and the diterpenes, cafestol, and kahweol.

Over the past decade, evidence has linked coffee to numerous health benefits. One more recent development is coffee’s positive effect on liver enzymes and the occurrence and recovery from liver diseases. In one study, 59 cases of liver cirrhosis related to alcohol were diagnosed and subjects who drank four or more cups of coffee per day had 80% less chance of developing liver cirrhosis than non- coffee drinkers. In a second study on the same group, it was also reported that coffee drinkers had 23% less chance of dying from liver cirrhosis than non-coffee drinkers. One thing worth noting, however, is while the studies accounted for alcohol consumption, none of them accounted for other cirrhosis risk factors like obesity and diabetes.

In another case-controlled study on hepatocellular carcinoma (HCC) patients, it was found that a lifetime of coffee consumption, at an average of 3 cups per day, was negatively associated with the development of this type of cancer at a rate of over 50%.

While research is still unclear on which of the many compounds found in coffee is responsible for its positive effect on the liver, one theory is regarding the metabolite paraxanthine found in caffeine which has been seen to defeat the synthesis of the connective tissue growth factor (CGTF). This mechanism has the potential to slow the progress of the liver fibrosis, liver cancer, and alcoholic cirrhosis. Coffee’s two natural compounds, cafestol and kahweol, are also thought to be those that possess anti-carcinogenic properties.

Another interesting finding regarding moderate coffee consumption is the increase in plasma glutathione. Glutathione is known as one of the most important antioxidants found in the body which plays an important role in cellular defense against oxidative damage. The increase in glutathione levels brought on by drinking coffee may be the mechanism responsible for its rejuvenating effects on the liver.

So, ready to give coffee another try? Here are a few tips on how best to incorporate coffee into your routine:

Who should avoid coffee?