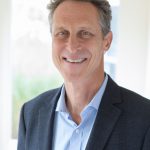 Think food allergy and you might conjure the worst-case scenario, like a child going into anaphylactic shock after exposure to peanuts. No doubt, a severe food allergy is scary. But it’s also relatively rare. A much more common scenario is an adult with a low-grade food allergy to, say, gluten who never pinpoints the cause of his misery. His symptoms are vague (bloating, constipation, weight gain) and his exposure is frequent (breakfast, lunch, and dinner), so the connection is murky. And, over years, the hidden allergy takes a toll on the immune system. The result of an overworked immune system is everything from weight gain to irritable bowel syndrome (IBS) to arthritis.

That’s what happened to a patient of mine. John weighed 350 pounds and was facing diabetes. But his blood sugar problem was only the tip of the iceberg. He also had joint pain, asthma, crippling fatigue and a sleep disorder. To combat his lethargy, he craved diet soda and fast food for its high number of starchy carbs, a false source of fast energy. What he didn’t know was that he had celiac disease, a serious autoimmune disease fed by his daily indulgence in bagels and donuts. Celiac disease causes the immune system to turn on itself, attacking the healthy lining of the digestive tract. And the major trigger is gluten, a sticky protein found in many grains, including John’s daily dose of bagels and donuts.

Unchecked autoimmune diseases mean the gut is in a constant state of inflammation, a breeding ground for chronic illness.

John’s story is not unique. Inflammation is one of the biggest drivers of weight gain and disease in America. While celiac afflicts roughly 1 percent of Americans (1) as many as 30 percent may have non-celiac gluten intolerance. The key difference is that, in people with celiac disease, the body attacks the small intestine. But in people with non-celiac gluten intolerance, the immune system attacks the gluten. A recent article in The New England Journal of Medicine listed 55 “diseases” that can be traced back to eating gluten (2). Either way, the gut festers out of sight. And, when the lining of the gut is inflamed, the body is even more prone to food reactions, so the problem spirals out of control.

When the lining of the gut is inflamed, small fissures open between the tightly woven cells making up the gut walls. Called leaky gut syndrome, these chinks in the gut’s armor allow bacteria and partially digested food molecules to slip out into the bloodstream where they are considered foreign invaders. Once it spies a potential enemy, the body doesn’t hold back. The immune system attacks full throttle. White blood cells rush to surround the offending particle and systemic inflammation ensues. I’m not talking about a sore throat or infected finger. I’m talking about a hidden, smoldering fire created by the immune system as it tries to fend off a daily onslaught of food allergies.

The problem is that most people, like John, eat foods they are allergic to several times a day. Meaning every time that food enters the body, the immune system whips itself into a frenzy. But because symptoms are delayed up to 72 hours after eating, a low-grade food allergy can be hard to spot. Without diagnosis or awareness, the damage is repeated over and over, meal after meal. Eventually, inflammation seeps throughout the body, establishing an environment ripe for weight gain and chronic disease.

Identifying and treating food allergies and food sensitivities is an important part of my practice. Six weeks after John went gluten-free on The Blood Sugar Solution not only did he lose 3 notches on his belt, but his knees didn’t hurt, his asthma was gone, he wasn’t hungry and his energy was back. John’s response was not unusual.  I have seen dramatic effects in weight loss, inflammatory conditions like autoimmune disease, and even mood and behavioral disorders.

The problem is that most physicians, especially allergists, don’t see the value in uncovering hidden food allergies.  That is unfortunate because there is a growing body of medical literature illuminating the intimate relationship between the gut, food, and illness. Luckily, you don’t have to wait for your doctor to catch up with the times. Here are three ways to determine if food allergies are undermining your health.

If you are overweight, if you suffer from inflammatory diseases, such as heart disease, diabetes, and cancer, the potential health benefits of discovering and uprooting hidden food allergies cannot be overstated. Remember, food is your greatest ally in helping to prevent and treat illness.  For more information see The Blood Sugar Solution  to get a free sneak peak.

Do you have food allergies?

Are you gluten intolerant?

Have you eliminated your food sensitivities and lost weight?

Please leave your thoughts by adding a comment below.

To your good health,