Written by Dr. George Papanicolaou, DO
A PANDAS Story: What every parent needs to know

A PANDAS Story: What every parent needs to know 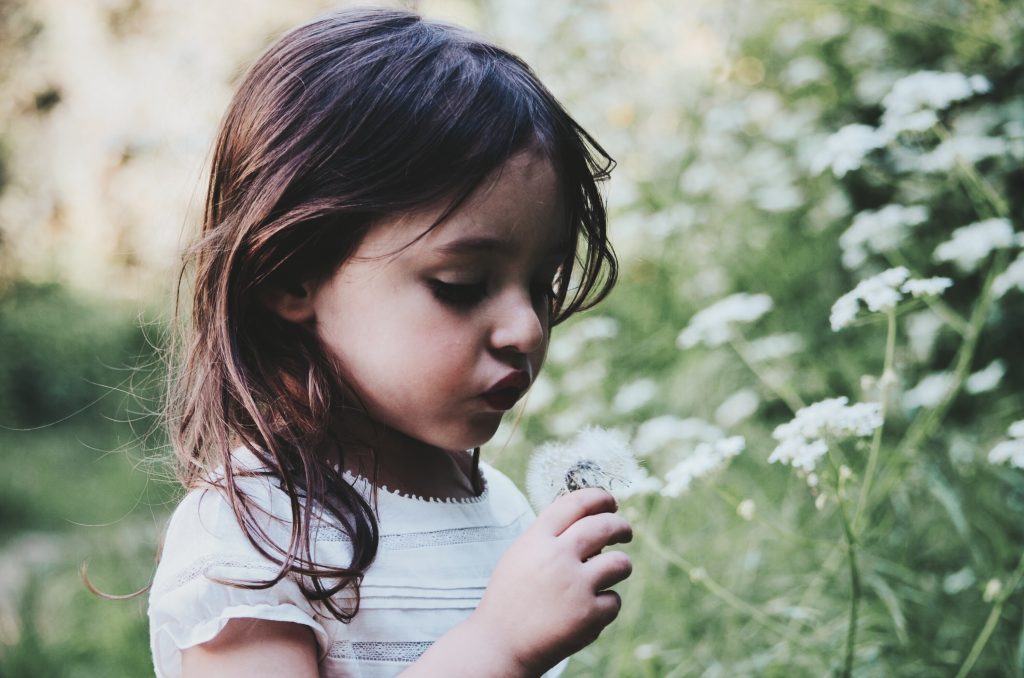 Harper was a bright, engaging, humorous 10 year old. She was perfectly healthy and her mom had no concerns. I happened to see them outside the office and she was every bit of the energizer bunny I expected she would be. Several months later, she was the in the office with a sore throat. We did a rapid strep test which was negative and sent off a throat culture. In the meantime, I suggested supportive care with salt water gargle, elderberry, herbal tea, vitamin C, and bone broth. Several days later her culture came back positive for group A Streptococcus, the bacteria that is the cause of strep throat. Simple stuff; this usually just means taking an antibiotic and continuing supportive care. I was certain she would be up running again in 10 days or less… not this time though.

Mom called several days after Harper had finished antibiotics. She was alarmed because Harper was very anxious. She was obsessively fearful about eating because she was afraid she would get sick. She was avoiding social situations that involved food and could not make it through a whole day of school due to anxiety. This was very strange behavior for Harper, who had no history of these behaviors. There was no family history either. I suspected PANDAS.

Recently the term Pediatric Acute Onset Neuropsychiatric Syndrome, PANS, has been adopted to include the sudden onset of neuropsychiatric symptoms observed with PANDAS but not found to be associated with a group A streptococcal infection. From a clinical perspective this was important because there are children who meet the criteria for PANDAS but do not have laboratory evidence of a recent group A strep infection. PANDAS is now considered a subset of PANS. In either case, your formerly healthy, happy kid is suddenly nowhere to be found. This is an overwhelming disease that leaves parents and doctors grasping for answers. PANDAS Network estimates that PANDAS/PANS affects as many as 1 in 200 children. So what the heck is going on?

Playing tricks on the immune system: PANDAS is an autoimmune disorder

Group A strep (GAS), the bacteria that causes strep throat, has previously been shown to trigger several immune based diseases including rheumatic fever, scarlet fever, a kidney disorder called post streptococcal glomerulonephritis, and Sydenham Chorea, a motor tic disorder. This has led researchers to conclude that PANDAS is an autoimmune disorder. Autoimmune means that your immune system starts making antibodies against itself. This is how it works. GAS bugs put on disguises to avoid detection and attack by your immune system. Using a process called “molecular mimicry” they pretend to be human cells. Ultimately, the immune system recognizes the invaders and the antibodies produced by the immune system attack the GAS bugs, and unfortunately human cells, too. In PANDAS, these autoantibodies are directed against brain cells. This results in inflammation within the basal ganglia, a portion of the brain responsible for speech, involuntary movement (tics), and emotion. This also results in an abrupt onset of neurologic and psychiatric symptoms.

Ups and downs: What is the course of PANDAS?

PANDAS is characterized by an abrupt onset followed by recurrent flares later in the disease. The flares remit but can increase in duration and intensity with each episode. Subsequent episodes can be caused by other environmental and infectious triggers different from the original infection.

PANDAS is a clinical diagnosis, meaning that the doctor will listen to the whole story, make a comprehensive list of symptoms, and examine your child in order to consider the diagnosis of PANDAS. This is where it can get frustrating for parents because not all doctors even know what questions to ask. In addition, the symptoms may be remitting and your child may appear perfectly fine at the time of the exam, only to experience a flare-up later. Unfortunately, because PANDAS and PANS are not well understood, children are misdiagnosed. Medical professionals may attribute the personality changes to rebellious developmental stages, poor parenting, or a mental health disorder. If PANDAS is considered, there are several lab tests that you should know about that may help confirm the diagnosis. It is always great to prepare yourself with as much information as possible in order to work most effectively with your doctor. These are some tests you should know about:

Rapid Strep Test: Getting a rapid throat swab and 48-hour strep culture is a good first step. These will determine if bacterial pharyngitis, or sore throat, is caused by GAS.  The Rapid Strep Test is a rapid antigen detection test that identifies the GAS by the antigens (tags it carries on the cell surface). The test is completed in a matter of minutes and is correct about 85% of the time.

Throat Culture: A 48-hour throat culture tests for the presence of GAS by taking a sample swabbed from the back of throat and seeing if GAS bacteria grow from it over a 48-hour period. They either grow or they don’t, which makes this test the gold standard for diagnosis of pharyngitis caused by GAS.

When there has not been a recent diagnosis of a GAS infection but a GAS-related disorder like PANDAS is suspected, there are two tests that can help establish the connection.

ASO titer: The Antistreptolysin O (ASO) titer measures antibodies produced by your body in response to a strep infection caused by GAS bacteria. But, many times the titers will be only moderately elevated – and at times not elevated or extremely elevated. This is the variable nature of the strep bacteria. Like I said, it is not black and white.

Anti-DNase B antibody test: Antideoxyribonuclease-B antibody is one of the most common of several antibodies that are produced by the body’s immune system in response to a strep infection with group A Streptococcus. This test measures the amount of antibodies to one of the streptococcal antigens (anti-DNase B) in the blood. It may be done with or following the ASO test.

The Cunningham Panel: This provides laboratory results that assist physicians in diagnosing infection-induced autoimmune neuropsychiatric disorders. The panel measures the level of circulating antibodies directed against target antigens in the brain. Autoimmune antibodies that bind to these targets may trigger movement and neuropsychiatric disorders, along with OCD and abnormal neurologic behavior.

The conventional approach to treating PANDAS/PANS will focus on treating the strep infection and the psychological symptoms, and suppressing the immune response.

If an active strep infection is diagnosed then your doctor will prescribe antibiotics like Penicillin, Amoxicillin, or Azithromycin. Antibiotics may be prescribed for longer to suppress the symptoms or to avoid recurrence of the symptoms.

Psychiatric symptoms may start to improve with antibiotics, but they’ll likely still need to be addressed separately. OCD and other psychiatric symptoms are generally treated with cognitive behavioral therapy (CBT) and psychiatric medications called selective serotonin reuptake inhibitors (SSRIs), a type of antidepressant. Some common ones include: fluoxetine, fluvoxamine, sertraline, and paroxetine.

For severe and refractory symptoms, your doctor may suggest other treatments aimed at controlling the immune response. These include the use of intravenous immunoglobulin, steroids, and plasmapheresis (plasma exchange therapy, in which blood is withdrawn from an individual and the liquid portion is removed and replaced and the blood is transfused back into the individual). For both treatments, the “offending” antibodies are removed. Steroids are less effective, because, although symptoms decrease during the treatment, they return soon after stopping the drug.

There is a benefit to these treatments; however, in Functional Medicine, the treatment focus is on the root cause, not the symptom. The goal is to support the healthy function of the the body’s systems, not suppress them. In addition, there must be a recognition that each patient is different. We are all made up of systems that work together to respond to the external forces that act to disrupt the balance of health. However, individual lifestyles, nutrition, genetics, toxin exposures, stealth infections, and mental and emotional stressors are different and make each individual more or less susceptible to disease.

In Harper’s case, it certainly appeared on the surface that a group A strep infection, strep throat, was the cause of her immune response. She had a positive throat culture, elevated ASO, and antibodies to neuronal tissue were found on her Cunningham panel. But why Harper? What was going on that made her immune system more likely to make autoantibodies than another kid her age? This became an important question to answer because despite initial response to antibiotics her symptoms of fear, obsessive behaviors, food restriction, and isolation quickly returned.

In Harper’s case, we looked closely at her gut function because she had been mostly gluten-free due to previous struggles with bloating and distention. These symptoms had improved but not entirely resolved. Since there is such a strong connection between gut health and healthy immune function, Harper had stool and breath testing done that revealed she had a compromised gut filtering system that was exposing her immune system to a flood of foreign proteins. In essence, her immune system was already in hyperdrive when exposed to GAS bacteria. Additional testing found that Harper had genetic variances that can affect how the brain breaks down chemical messengers used to communicate from one part of the brain to another and to the rest the body. Her assessment also included tests for heavy metal toxins that can disrupt the immune system and for stealth infections like Epstein Barr Virus and Lyme disease. In Harper’s case, her Lyme testing was positive. Wow, that is a lot going! We have not even talked about the emotional stress experienced by Harper and her parents. Antibiotics, psych meds, and immune-suppressing medications alone will not return Harper (and ultimately her parents) to optimal health.  The matrix of health is complex and requires complex investigation to get to the root cause(s).

Harper started working with a nutritionist to heal her gut first. An autoimmune nutrition plan and probiotics were started. She started targeted supplements to account for her genetic variances and support neurotransmitter metabolism and healthy brain function. Her Lyme disease treatment was started with an herbal protocol. Just as important, the family started attending a mindfulness group to help everyone develop the tools to deal with the stress related to Harper’s illness.

Harper’s story can likely be told by many families, maybe even yours. If her story sounds familiar, then work with your doctor or find a doctor who will be willing to consider the diagnosis of PANDAS/PANS and do the following:

As I said before, PANDAS is a complex and devastating illness with more questions than answers. The research is evolving and there is no definitive treatment. The key is to see the body as set of integrated systems that work together to protect and heal the body. Thus, in diagnosing a problem, one must look for the root cause disruptors and treat the systems, not the symptoms. Treat the child as a whole including providing support and understanding for the whole family through the process of healing.