Written by Dr. George Papanicolaou, DO
Time on Brain: The Willpower Muscle

Time on Brain: The Willpower Muscle 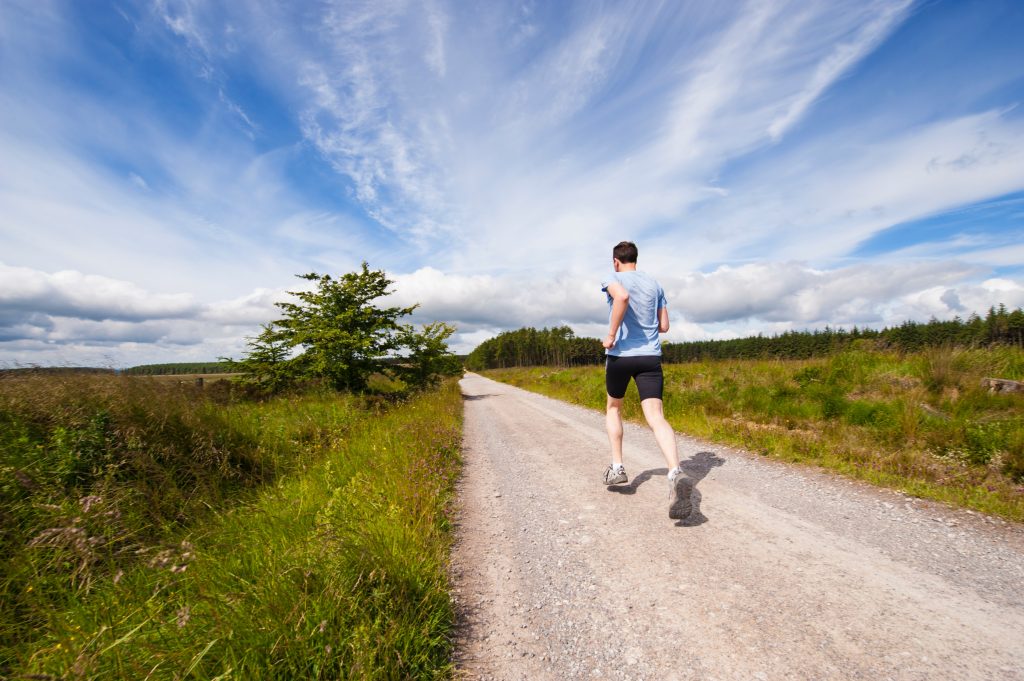 Last June my wife, Michelle, announced that she was going to run the Yankee Homecoming Ten Miler in July. It is a well-known race run annually as part of the Yankee Homecoming celebration in Newburyport, MA. It is notorious for hills and sweltering heat. She had not run in twenty years, but with training, she crossed the finish line 8 weeks later. This June she announced, “George, I am signing you and me up for the Yankee Homecoming Ten Miler this year. We can train with Phil, (her running coach) together.” My wife is a force of nature, there was little hope of escape. The bargaining began, so I sold myself cheap and signed up.

I am no stranger to endurance sports and suffering. My fitness resume includes triathlons, bike racing, swimming, and the NYC Marathon as my crowning achievement. However, that was a hip replacement, torn quad tendon, and subarachnoid hemorrhage ago. My first run was pitiful. My legs were tired from the first stride. The worst thing is at a quarter mile my mind could not muster the desire to continue. I was distraught and convinced that I must have some disease. There is no way I could be that physically and mentally fatigued. A week later was the first long training run. I fell back from the main group pretty quickly, with tired muscles and no mental drive. Phil, ran with me the last mile. He told me not to worry about my speed, “It was time on feet that mattered”. Honestly, physical pain and fatigue were not the issue. It was my mind. I had no mental endurance. My response to Phil was, “It is not time on feet that I need, it is time on brain.”

I needed to overcome my mental lethargy to reach my goal. My brain was impacting my performance. Is there such a thing as brain fatigue or was I just lacking motivation? Or both?

We all experience brain fatigue. Usually it is associated with activities requiring focus, concentration, memory, recall, and calculations. We usually do not consider the impact that mental fatigue will have on our performance of physical tasks. In a 2008 study, Marcora and colleagues set out to determine the impact of mental fatigue on physical performance. Subjects in the experimental group cycled to exhaustion after 90 minutes of a demanding cognitive task. Subjects in the control group rode to exhaustion after 90 minutes of watching an emotionally neutral documentary. The mentally fatigued subjects reached their maximal level of perceived exertion and disengaged from physical activity earlier than the control group. The researchers concluded that mental fatigue limits exercise tolerance in humans through higher perception of effort rather than cardiorespiratory and musculogenic mechanisms.

There is plenty of other evidence of how the brain impacts physical performance, too:

In a study published in 2016, researchers demonstrated that mental fatigue can have a negative impact on soccer performance by reducing running, passing, and shooting ability.

In 2017, a systematic review of 11 studies published in the journal Sports Medicine found that when you’re mentally fatigued, your overall performance in endurance workouts and high-performance sessions, like running, is negatively impacted.

Brain fatigue is real and it has a negative impact on you performance.

There are two thoughts as to why this happens. One is that when you are mentally tired, the brain has to signal the muscles more frequently to perform at the same level. This increased signaling rate makes you feel like you have to work harder physically. The second thought is that higher levels of mental fatigue exaggerate the perception of physical fatigue.

In either case, you are perceiving that you’re more tired than you are. In my case, the fatigue was real but enhanced by mental fatigue. My body was actually capable of much more but my brain prematurely experienced fatigue and shut me down.

When I used to bike race, there was a phrase used,  “Don’t burn all your matches.” In this context a match is when a cyclist puts in a hard effort or digs deep at the front of the pack or tries to drop a competitor on a hill. The idea was that you have a limited number of hard efforts available, so conserve them for when they mattered. Some athletes seem to have limitless ability to dig deep at just the right moments to pull victory out of almost certain defeat. These efforts are not just physical they require willpower and self-control. The same willpower it takes to get to the gym, make a healthy dietary choice, or stick to a sleep ritual. Apparently, this willpower or self-control does have limits and can affect performance.

Psychologist Roy Baumeister, PhD, published a groundbreaking study on self control. He kept the study participants in a room with freshly baked chocolate cookies. Those in the control group were given no restrictions and freely acted on their desire to indulge. The subjects in the experimental group, were asked to eat radishes instead. Study observers noted that the experimental group visibly longed for the cookies they were forced to resist.

Afterward, both groups were asked to complete difficult puzzles. Those who ate radishes made far fewer attempts and devoted less than half the time to solving the puzzles. The cookie eaters, on the other hand, had conserved their will power and solved the puzzles in less time. Those who had to resist the sweets and force themselves to eat vegetables could no longer find the will to fully engage in another torturous task. They were already too tired.

This study gave rise to the term “ego depletion.” The core idea behind ego depletion is that the acts of volition draw on some limited resource, akin to strength or energy, and that one act of volition will have a detrimental impact on subsequent volition.

According to Baumeister, willpower is not a personality trait, a skill, or a virtue. Instead, it operates like a muscle. And as such it can be strengthened but easily exhausted. It is a finite resource.

In other words you have just so many “mental matches” to burn.

My volitional reservoir was already pretty drained as a result of recovering from three major medical events. Yet there was something else driving me to get out and run in the first place, despite my mental fatigue. I had motivation—if Michelle could run ten miles after 8 weeks of training, so could I. Besides that, she announced I was running the race to our Facebook community. Finally, and most importantly, I really wanted to regain my youthful vigor and I knew this would be the start of that journey. Apparently, that internal motivation makes a difference.

In 2007, researchers Richard Ryan and Edward Deci published a paper explaining that the degree of depletion of mental and physical energy is determined by the source of motivation for behavior change. The key to finding the store of energy needed to push through a grueling workout or resist a batch of freshly baked chocolate chip cookies is the “why.” Deci and Ryan established the Self-determination Theory of Motivation. The key point is that motivation is the one thing you can control to overcome mental fatigue. The stronger the internal, self-determined motivation, the more likely you are to succeed in achieving goals.

You know how it is when you have not worked out for a while and you start again. Pretty darn hard. Multiply it by a thousand. Every training was miserable. I needed every last ounce of motivation to fight through the perceived exhaustion and build my willpower muscle. Slowly but surely, I added, “mental matches.” Then the magic happened. I finished the last long training run, 8.5 miles, in race simulation 85-degree heat, with “mental matches” to spare. A week later, I crossed the finish line of the Yankee Homecoming Ten Miler in a forgettable time but it did not matter, I reached my goal.

How to Reach Your Goal

So, about now, you may be thinking, “OK, I spend my day burning through volitional energy choosing radishes instead cookies and I am supposed to have enough motivation to get out and suffer?” Fair enough. So, here are proven strategies to help you reach your goals.

Hopefully what you learned in this article will help you achieve your goals whatever they might be. I would love to hear about your goals and what you did to achieve them.